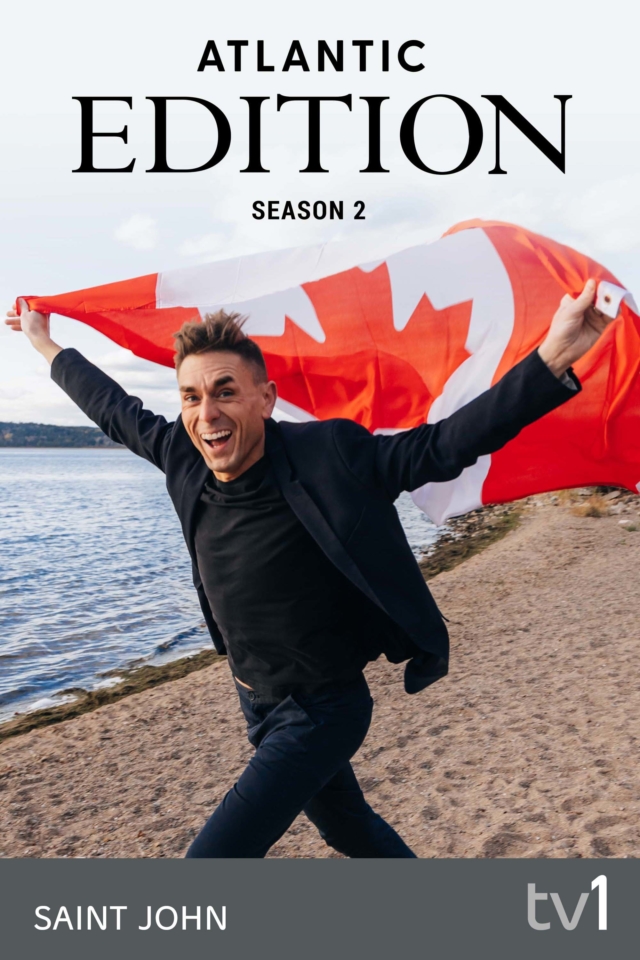 If you are already a Bell Fibe TV customer, go to channel 1, or watch it on demand with the Fibe TV App.

If you are not a Bell Fibe TV customer, click here to learn more about Bell services. 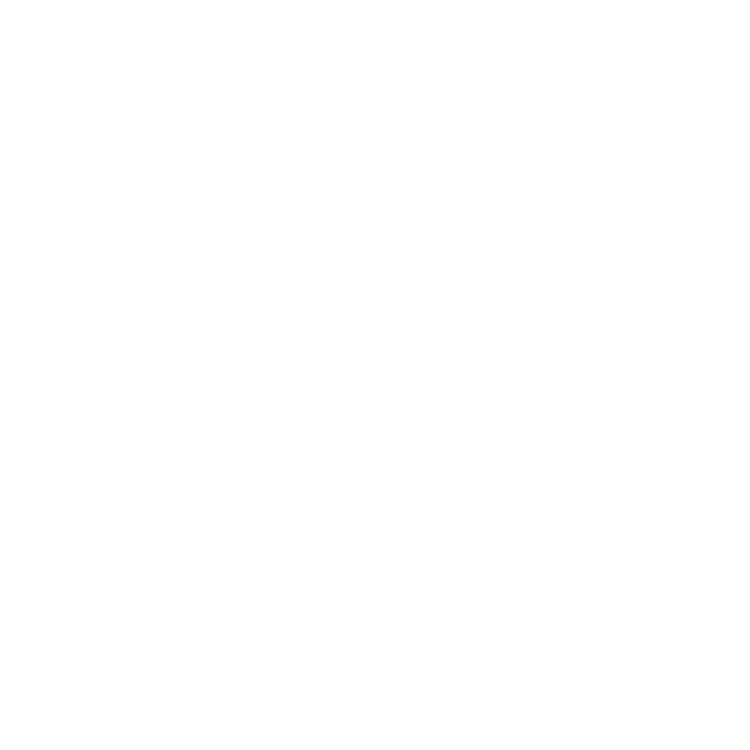 Judith Mackin has won dozens of national awards for entrepreneurial and interior design excellence and with her team at Tuck Studio has helped design the interiors of hundreds of homes and commercial spaces in North America. James learns what it takes to be world class in a small place.

Chef Michael and Chastity Smith meet with James at The Inn at Bay Fortune (a bona fide five-star destination), where he experiences their world-famous nightly feast. Chef Michael is a top-selling cookbook author and the host of several cooking shows, which appear on Canada's Food Network and in more than 100 countries around the world. James learns how one of the world's greatest chefs ended up in a town with a population of a couple of hundred people.

James heads to Dreaming Out Loud Studio in Enfield, Nova Scotia to meet Frank Kadillac and Adrian Morris from alt-pop musical sensation Neon Dreams. James learns how the band has risen from humble Maritimes beginnings to international acclaim by successfully touring North America, releasing one of 2019's songs of the summer "Sweet Dreams to Sunbeams", and winning 2020's Juno award for breakthrough artist of the year.

Omar Gandhi studied architecture at Dalhousie University, and in 2012 at the age of just 30, started Omar Gandhi Architect, his own design studio and architectural practice in Halifax. He is the recipient of many awards and distinctions including being named one of Monocle Magazine's 20 most influential Canadians, and one of the Top 20 Young Architects in the world by Wallpaper Magazine. Omar tells James about his most exciting project to date and why he chose to call Nova Scotia home.

Joel Plaskett is one of the most-renowned singer-songwriters in Canadian musical history. From rocking Halifax’s Marquee Club to performing for the masses across the country, and sharing the bill with other Canadian power bands, including Sloan and the Tragically Hip, over three decades Joel Plaskett has forged a reputation as one of Canada’s most engaging performers and respected singer-songwriters.

James travels to the Acadian Peninsula in Northern New Brunswick to meet renowned entrepreneur and alcohol producer, Sébastien Roy. Sébastien is a lover of both spirits and the province of New Brunswick. In 2011, he combined those passions to create Distillerie Fils Du Roy, a distillery based in Petit-Paquetville which has continued to grow since then to include a brewery and a second location in Quebec.

The Queen of Canadian Comedy, Mary Walsh, best known as a co-creator and star of one the most successful and longest-running comedy series in Canadian history, This Hour Has 22 Minutes, has had a decades long career as a comedian and actress, a best-selling author, and a philanthropist and activist. She has won an incredible 18 Gemini Awards, and a Governor General's Performing Arts Award. James meets Mary at her home in downtown St. John's to discuss her love for Newfoundland, her personal career highlights, and how she overcame personal difficulties to become one of funniest voices in the country!

James Mullinger visits the mighty Miramichi to meet media director, entrepreneur, and Mayor of the community Adam Lordon, who also happens to be the director of Atlantic Edition! Born and raised in Miramichi, after graduating from university he relocated to Toronto where he built a career in television and media, including several years as a producer and director on The Marilyn Denis Show. James meets Adam at the New Maritime Beer Company to learn about his passions for creating great television and great beer, and exactly how a young, gay tv producer came back home from the big city and became the Mayor!

Alan Doyle's career took off as the front man of the renowned folk-rock band Great Big Sea, whose contemporary spin on traditional Newfoundland folk music, proved popular with audiences across Canada, racking up the awards and making them one of the top selling bands in the country. In recent years he's also made his mark as a solo musician, actor, producer, author and philanthropist and as a recipient of the Order of Canada for his contributions to the musical traditions of his province and for his commitment to numerous local charities. James meets Alan in Quidi Vidi to discuss his prolific musical career, his passion for performance, and how he became one of Newfoundland and Labrador's greatest exports.

British comedian and journalist James Mullinger meets one of the most well respected photographers in Canadian history, Freeman Patterson, in the Kingston Peninsula in rural New Brunswick. Freeman has traveled throughout the world, capturing beautiful shots of nature and winning numerous accolades.

James Mullinger heads to Charlottetown to meet Silva Stojak and Shallyn Murray, owners of the award-winning Prince Edward Island architecture and design firm, Nine Yards Studio. Beyond architecture, the pair has created a collective of creatives; from craftsmen and photographers to graphic designers and musicians.

James Mullinger heads to Antigonish, Nova Scotia to meet Syrian-Canadian entrepreneur Tareq Hadhad, the founder and CEO of Peace by Chocolate. After moving to Canada, he rebuilt his family business, and since then he has inspired people throughout the world sharing his life story and experiences.

James goes to Grand-Digue, New Brunswick to meet Ballet by the Ocean founders Susan Chalmers-Gauvin and Igor Dobrovolskiy. The pair combined the beauty of coastal New Brunswick with the beauty of world-renowned ballet and built the Atlantic Ballet Canada into what is now the largest professional performing arts organization in New Brunswick.

James meets Canadian entertainment legend Jonathan Torrens at his home in rural Nova Scotia. Born in Charlottetown, PEI, Jonathan is an actor, director, producer, writer, podcast host, musician and television personality. He is known for his roles in Street Cent, Trailer Park Boys, Jonovision and Mr. D and Letterkenny. He also known for being writer, director and star of Vollies on Bell Fibe TV1.

James Mullinger is in St. Andrews by-the-Sea, to meet the founder of the world-renowned Kingsbrae Garden, Lucinda Flemer. Lucinda transformed her family's estate into a peaceful garden oasis that draws in tourists from around the world and holds an international artist residency. Her contributions to the province and leadership work have gained her national recognition, receiving a membership to the Order of Canada and countless other awards as an individual and for Kingsbrae Garden.

Wesley Williams known as Maestro Fresh Wes is an actor, writer, radio DJ, speaker and a multi-award-winning recording artist. He made history in 1989 with his song, Let Your Backbone Slide, when it was certified platinum and was the first rap to be inducted into the Canadian Songwriters' Hall of Fame. He was also the first Canadian hip hop artist to have a song rank on Billboard’s Top 20 Rap Singles chart. Wes surprised everyone last year when it was revealed he had moved to Saint John, New Brunswick for a better quality of life and that is where host James Mullinger meets him today.

James is in Falmouth, Nova Scotia to meet with Measha Brueggergosman-Lee, one of the world’s most admired opera singers. Born in Fredericton, New Brunswick, as a child Measha sang at the local Baptist church where her father served as deacon, and she started voice and piano studies at age seven. Her voice has graced the world’s most significant stages, including London’s Wigmore Hall, Madrid’s Teatro Real, and New York’s Carnegie Hall, and she has won numerous awards including two Juno Awards, a Gemini Award, an East Coast Music Award and a Grammy nomination.

Host James Mullinger heads to Enfield, Nova Scotia to meet iconic East Coast hip hop artist and record producer, Luke Boyd, better known by his stage name, Classified. He shot to stardom over 20 years ago and has since collaborated with everyone from Snoop Dogg to Buck 65, Ria Mae to David Myles. Despite the colossal success of his music, he has always remained close to his lifelong friends and living in the East Coast. Born and raised in small town Nova Scotia, he is a perfect representation of just how much an Atlantic Canadian can achieve on an international scale.

He is a man of fierce passion and purpose, a renegade, a disruptor, a revolutionary - all in the name of social change. Charles Burrell is the founder of The Humanity Project. He is on a hardcore mission to end hunger and homelessness in his community. Moreover, he is doing it his own way.

Four Women is a show featuring culturally and racially-diverse women empowering their communities. Where Shery runs an arts group for marginalized artists, Jamie helps musicians grow. Where Dawn empowers Indigenous women, Rehab supports refugees from Syria. Each story shows their unstoppable will to create impact through art, food and culture.

The six Cape Breton Island individuals who are featured in this “Lone” series, live alone but are not lonely. They are happy to go about their daily lives with purpose, feeling accomplished and with a positive attitude. They have a healthy balance with nature, arts, music and appear to be a mystery to all who see them from a distance. Their measure of success is their independence, privacy and freedom.

Green Horizons examines how making changes to urban planning, transportation, and urban agriculture can drastically increase the quality of life in Quebec City.

'Our Stories' provides a platform to people from marginalized communities to tell their stories in their own voices. Join journalist Temo Primrose Gare, as she has critical and thought-provoking discussions with community leaders and survivors with lived experiences about the big issues that are affecting our communities today, such as racism, homelessness, drug addiction, transgender discrimination etc.

Noongom (Algonquin for "today") highlights the impact that a new generation of Aboriginal Peoples are making on the National Capital Region. Host Gabrielle Fayant showcases the work and creativity of Ottawa’s local Aboriginal youth, offering a fresh perspective that’s filled with humour and history. From large celebrations to homelessness, Noongom explores different cultures and stereotypes head-on to help people better understand what it means to be Aboriginal in Ottawa today.

Art & Soul is where everyone with no experience can dive in and start to enjoy art for health and happiness. Kim Cookson gives you art tips that are doable, affordable, and portable!

Watch as DIY MOM Rebekah Higgs decorates her home for the holidays on a budget.

Jan-Sebastian La Pierre & Chris Surette love everything outdoors! See what Nova Scotia has to offer as Chris & Jan bring you along on some of their more unique experiences, which can be challenging and crazy, but are always amazing!

Feeding Canada takes you to the farms in Norfolk County, 'Ontario's Garden' to meet some of Canada's food superstars, the migrant agricultural workers! Over 30,000 workers fill empty roles in Canada's eighty billion dollar agriculture industry. Men and women leave their families for six to eight months a year to earn their main source of income here in Canada.